A term commonly used to compare different ice melters is “Effective Melting Temperature”, which means the lowest temperature at which an ice melter will realistically melt ice. Many ice melting products use a blend of ingredients. Rock salt is often a major component of these formulations.

These blends may contain ingredients that melt at a lower temperature than rock salt, but if the blend is mostly rock salt, it will be unlikely to melt much below -12°C.

Independent testing of the entire formulation, not just one ingredient, should support a manufacturer’s claims on melting temperature. Otherwise, they should be viewed with “a grain of salt.” Premier Tech Home & Garden  can back up its claims with a complete technical support package.

Two additional factors used to compare ice melter performance are melting speed (or rate of melting) and extended melting. Melting speed is limited by the nature of the ingredients used and environmental conditions. Ingredients that chemically react with moisture tend to melt quickly.

An ice melter’s granule size and surface area both affect the melting process. Small granules melt too quickly, and a large amount of them can get the melting process off to a fast start. However, they may completely dissolve before they penetrate all the way through an ice layer.

If this diluted brine refreezes on top of the ice, it can create an even slicker and more dangerous surface. Larger particles have a comparatively slower melting action. They will likely penetrate through an ice layer, but may not be completely dissolved into an underlying brine layer. The unused material can reduce melting efficiency and increase cost.

The most effective ice melters use consistent, medium-sized granules which can bore through the surface and maximize brine formation. This breaks the ice-to-surface bond, allowing for easy removal of the remaining ice. Products that are mined, such as rock salt, may contain a wide range of particle sizes with unpredictable and uneven melting characteristics.

Alaskan® Liquid Ice Melter: How It Works and How to Use It
Winter camping
Tips for the safe use of a temporary car shelter
Bird Feeder Project to Do With the Kids
How to Dress Properly to Enjoy Being Outdoors in the Winter 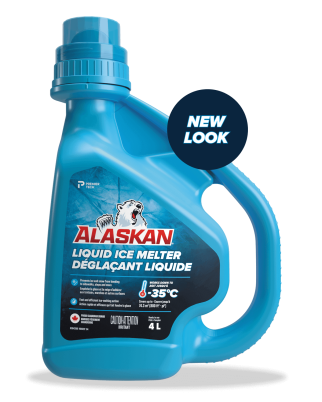 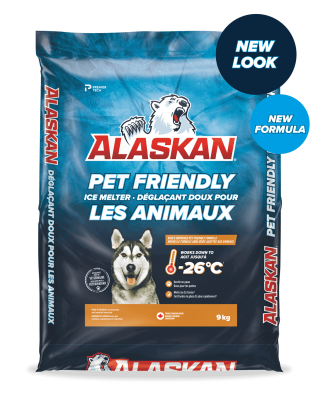 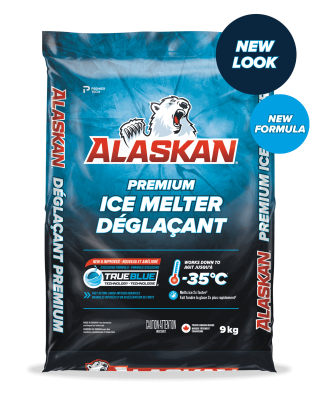